Having a son addicted to tik for 5 years was very difficult and painful journey, sending him to a Rehabs There he was introduced to Heroin a drug he never used before. He went back to tik Stealing over thousands of rands, his father electrical tools, cell phones, clothes anything he could get his hands on to sell for tik. I read about Hypnosis Centre in the newspaper. ....Read more... 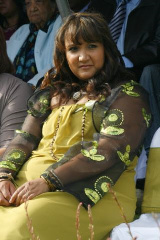 I just can’t say thanks enough for helping me to take control of my eating habits.

I feel sexy confident after losing 4kg in just one week of a hypnosis session. I’m positive about my self and started to excise. I have tried so many diets but nothing work at that time. My mind set is change and I can accomplish any thing. God bless Charmain – Worcester

3 Months after I gave birth to my second child I managed to lose 7 kg on my own. After hypnosis I lost another 25 kg , so in total I lost 32 kg. Jennine O

After 26 years of smoking I decided I needed help to quit. I receive two sessions May 2008 and I was completely cured and. It doesn’t involve magic or any other tricks. One’s sub conscious mind is a powerful tool. It’s the best thing I ever did. Emilia - Belville

After one session of Hypnosis November 2006 I kick the habit of 32 years of compulsory smoking. I feel health and saving 50% on my life insurance. Jan- Durbanville

I am still going strong with regards to kicking the cigarette habit. I have been hooked 23 years of heavy smoking. After one session in July 2007 since then even holding someone else’s cigarette gives me the creeps. Vanessa – Cape Town

After 32 years of smoking 35 cigarettes a day this last year, I receive one hypnosis session August 2008. I am a non-smoker. I feel excellent and have no craving or desire to smoke again. Bernard- Durbanville

I became a social smoker at the age of 20 and the habit stuck. I’d smoke up to 60 cigarettes a day. I smoke my last cigarette half an hour before the hypnosis session. I was surprised when I went down after hearing the numbers 1,2,3, and I m a non-smoker. Its now just over 18months later and I am still going strong. Helene – Cape Town

Thanks for helping me kicking the habit of smoking after one session in Jan 2009. I feel great. My work colleges are can’t believe what they see. They know how I use to smoke. Adele- Paarl

I want to thank you from the bottom of my heart for helping me to stop smoking. October 2009 Kitty - Brackenfell

Having a son addicted to tik for 5 years was very difficult and painful journey, sending him to a Rehabs There he was introduced to Heroin a drug he never used before. He went back to tik Stealing over thousands of rands, his father electrical tools, cell phones, clothes anything he could get his hands on to sell for tik. I read about Hypnosis Centre in the newspaper. I was a desperate mother; I thought I’ve got nothing to loose but to tray hypnosis Session for my son. Christopher did kick the tik addiction not only physically was he restored, but his mental state as well. He gained weight and is working providing for his children. Although a lot of his friends are still caught up in this drug, he remains strong, I keep on praying to God to strengthen him everyday. You help myself and my family getting our son back getting my grandchildren’s father back, getting our brother back and most importantly getting OUR FAMILY BACK! Agnes – Mitchells Plain

Shantelle was involved in all kinds of illegal activities. She destroyed her life by an addiction to Methamphetamine. She was addicted for 3 years. I read about Hypnosis Centre in the press a few times. She started with hypnosis therapy immediately. After 1st treatment she was sleepy. She started eating properly. She was not aggressive anymore. However as result of her treatment she had vivid dreams about using drugs, she decided for herself that her addiction Is leading to self-destruction she fought the urge successfully. She found herself a job during hypnotherapy, boosting her confidence. She has since thrown herself into doing her work with pride. I really have no idea how Hypnosis managed to do it, but Shantelle has no urge to return to her previous life. She has since started taking care of her younger sister; aged ten makes sure her sister goes to school and that her homework is done. I have become a firm believer in the type of therapy of the Hypnosis Centre. S.Kloppers- Brackenfell